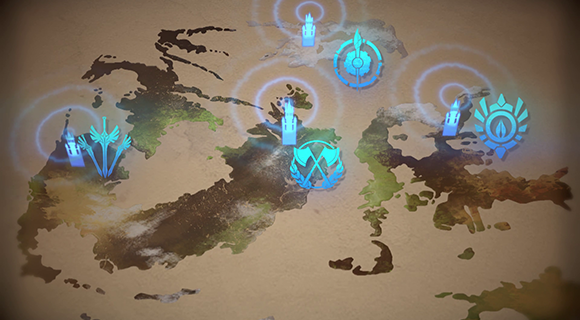 Remnant has a wide variety of advanced technologies. The kingdom of Atlas in particular is known for its technological advances in numerous fields, but across Remnant, technology this world only dreams of not only exists, but is commonplace. Most technology is powered by Dust, Remnant’s primary source of energy.

One of the most significant examples of Remnant’s technology are the weapons used by huntsmen and huntresses. Unique weapons are designed and manufactured on an individual basis by the users, and each weapon uses a variety of techniques to increase its effectiveness like in-the-field transformations and the use of Dust.

Robotics and artificial intelligence are also incredibly advanced fields. Androids built for combat which are capable of operating autonomously are the mainstay of the Atlesian military. Large human-controlled mechanical suits are also produced by Atlas. However by far the most remarkable achievement in the field of robotics is the creation of an android capable of generating an aura, for which a soul is believed to be necessary. Penny Polendina is the first and currently only one of these robots known to exist.

Advanced personal technology is also commonplace. The scroll is a mobile device much like a smartphone that serves multiple purposes such as making phone calls, taking photographs, storing digital data, and serving as a form of personal identification. Scrolls are also invaluable in combat as they can monitor aura deterioration. Holograms are also very common, used as computer displays, personal avatars, and even traffic lights.

Communication and data transmission over vast distances are also possible through the Cross Continental Transmit system. The CCTS was created by Atlas after the Great War as a sign of goodwill to enable the kingdoms to communicate effectively. The CCTS is capable of video calls and digital file transfers, and can be accessed through specialized towers or at many other places, such as public libraries.

In terms of transportation, land-based transports mainly rely on standard motor vehicles, while airborne vehicles include enormous passenger airships, smaller agile aircraft known as Bullheads, and hoverboards. However, spaceflight is impossible since Dust loses its power once it leaves the atmosphere.